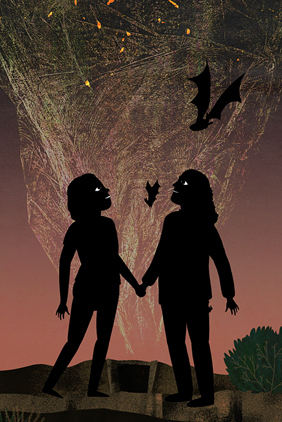 Bhargavi and Chelmala Srinivasulu have been called the bat woman and bat man of India. The researchers, both at Osmania University in Hyderabad, say the title suits them. Their work takes them to roosting sites in places from historical buildings and temples to illegal granite mines and subterranean caves—where they carefully observe, collect and biopsy bats. Their chiropteran-infused love has guided their passion for finding, studying and protecting endangered bats around India. And it is what launched them on a strange and at times dangerous journey to find a bat that had not been seen in nearly three decades.