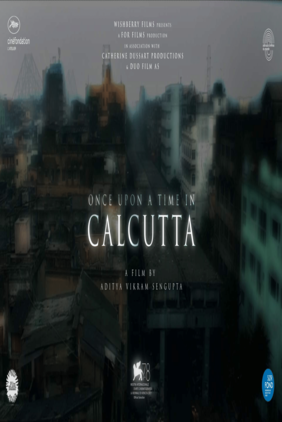 After the loss of her daughter, Ela, a failed actress not only loses her identity as a mother. She decides to leave her husband, Shishir. She approaches the bank for a home loan but is refused. Her boss, Pradipta, the owner of a massive Ponzi scheme, Kalpataru, makes her an offer - to start a romantic relationship with her in exchange for a house. Ela reconnects with her stepbrother, Bubu, to reclaim her half of an old family theatre, but he refuses, blaming Ela for his own dark fate, and her mother for the death of his mother. In between all this, Ela’s childhood sweetheart, Bhaskar, an engineer building the longest bridge across Kolkata, resurfaces and starts a relationship with her. Soon, Ela gets a flat for herself and moves out of his house. Meanwhile, Raja, the son of Bubu’s caretaker, gets a job as an agent in Kalpataru and starts collecting money from investors with the promise of returning double the money in a few years. Soon, however, Pradipta’s scam is exposed and the company is shut - the money that was collected from investors are all gone. Raja flees the city without hopes of returning. Bhaskar’s bridge is complete but is made with cheap materials after being convinced by the syndicate goons. Just as Ela starts living the life she had dreamed for herself - Bhaskar’s bridge collapses taking with the fall a victim - Pradipta. Ela’s dream of living a life in her own house crashes down when the property, which was gifted to her by Pradipta is seized, and she has to return back to her house, to Shishir.