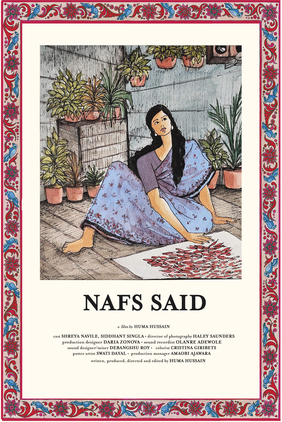 Maryam is a new immigrant in America, who lives with her husband and has always craved independence. However, the norms of her culture have ensured that she relies on her husband even for simple things like going to the grocery store. Despite this being a source of unease and frustration, Maryam resigns herself to a relationship that allows women to only participate passively. The film follows her on a single day as she passes time waiting for her husband to return from work so he can take her to the grocery store. An unexpected event changes the course of her day and presents her with a new opportunity.

Nafs Said is a study of the rhythms of domestic life, of human capacity, and how people often react in seemingly extreme ways when they’re denied their basic agency as human beings.