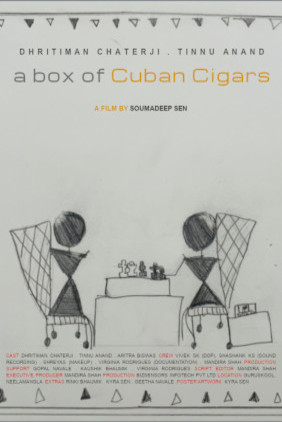 The story highlights the plight of old age, told through the relation between two close but lonely friends, Ramesh and Satish who meet regularly. Both their sons had permanently moved to Bangalore, India so they came and settled with them. Ramesh’s son because of the nature of his IT job goes and settles in the US - and is unable to visit him, Ramesh himself does not want to be dependent on his son and has decided to stay back in India. Satish on the other hand is suffering from cancer (which he has hidden from his friend Ramesh) and has recently lost his wife and son in a car accident. Satish is dealing with his misfortune by creating a facade, that of a carefree and a fun loving person. His internal conflicts though, are a trigger away from an outburst. And in all this the covid pandemic adds a new dimension of uncertainty. They, play chess and mostly talk about their past, present, their hopes and their fears. Ramesh , older of the two is left-leaning and Satish is mostly apolitical with a soft leaning towards the centre-right. The narrative tries to deal with various conflicting situations of estrangement. As the story unfolds, tempers fly and Ramesh ends up insulting Satish unintentionally, triggering some unfortunate chain of events leading to Satish meeting with an accident..